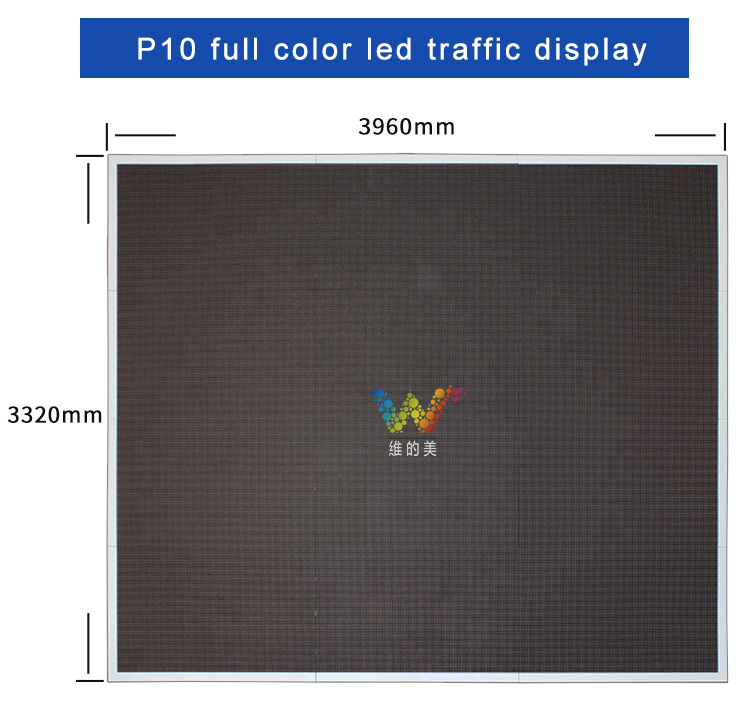 Box structure The display box material is made of cold-rolled board, non-reflective, anti-glare, fully enclosed, all-weather, weatherproof, and meets the IP65 protection level. The color of the surface is black, and the rust removal and antirust treatment should be done before spraying. Has good strength and wind resistance. Has good sealing and dust resistance.

P10 Led outdoor display screen traffic variable message signs Cooling system performance
There are four air outlets on the back of the box, the lower is the air inlet, and the upper is the air outlet. A dust-proof net cover is installed at the air inlet to prevent dust from entering the box body and maintain good ventilation inside the box body. There are multiple small fans in the box to speed up the air circulation inside the box and avoid excessive temperature of the module.
We has an independent park with a total area of 6000 square meters. The company's production line has more than ten imported automation equipment. The production quality is better, the efficiency is higher, and the delivery time is shorter. It is the best choice for customers.

In order to better test the quality of the display and the stability of its performance, the technical department needs to perform aging and performance tests on the products before they leave the factory. The test time is not less than 24 hours.

The company has its own water spray test vehicle. The LED is placed on the test vehicle, and a lot of water is used to spray the impact, forming the actual scene of heavy rain, light rain, and thunderstorm to operate, so that the LED display screen can be operated before leaving the factory. Carry out a large number of water spray tests. 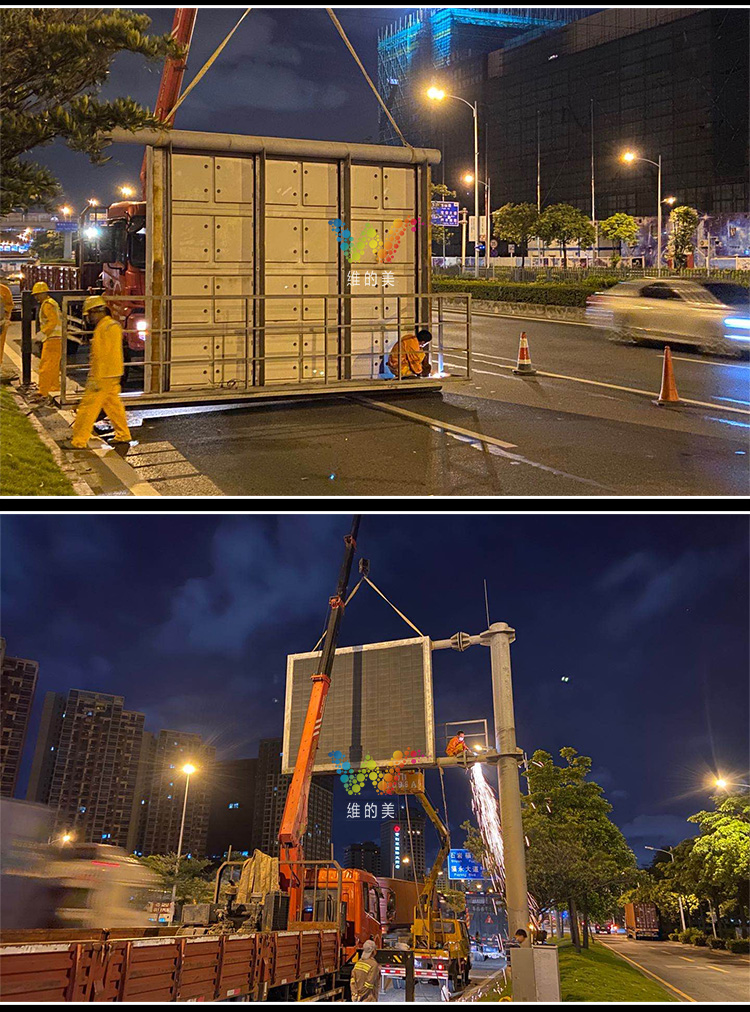 After the display has passed a series of tests, it needs to be packaged. First, wrap the display with a wire drawing die to prevent dust, and then put thick foam cushioning on the display surface and four corners of the display to prevent impact damage during transportation ; Then put it in a carton for packing, and it needs to be fixed with a wooden frame in remote and overseas. 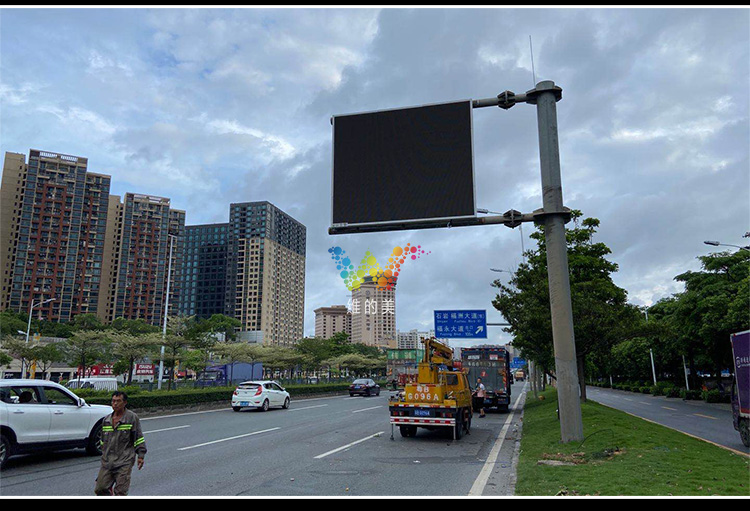 ShenZhen Wide Way Optoelectronics Co.,Ltd is a professional manufacturer of LED traffic products .We are specilized in LED traffic signal lights ,arrow traffic lights ,solar road stud ,traffic countdown timer,ETC ,LED pixels cluster ,traffic guide lights .etcOur company culture is keep on science and technology innovation and we have our own research team to develop new intelligent traffic product with purpose "Keep the road more safety.Our competitive is professional and comprehensive, and we have our own factory ,so we can offer factory-direct price,strict QC before products shipping out .We also provide good after serive ,if any questions about the products or others you can contact us freely , we will give you feedback in 24 hours.

Email to this supplier